Yakuto no Gyō (躍兎の形, lit. Way of the Leaping Rabbit) is one of the Ways of Ryūha Koei Sōgetsu. This method focuses on the sensory perception of hearing, particually that of a rabbit that is on the lookout for predators. Rintaro is also able to put on quick bursts of speed like a rabbit to avoid being caught. 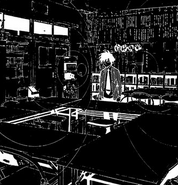 Retrieved from "https://dragonsrioting.fandom.com/wiki/Ry%C5%ABha_Koei_S%C5%8Dgetsu/Yakuto_no_Gy%C5%8D?oldid=8429"
Community content is available under CC-BY-SA unless otherwise noted.